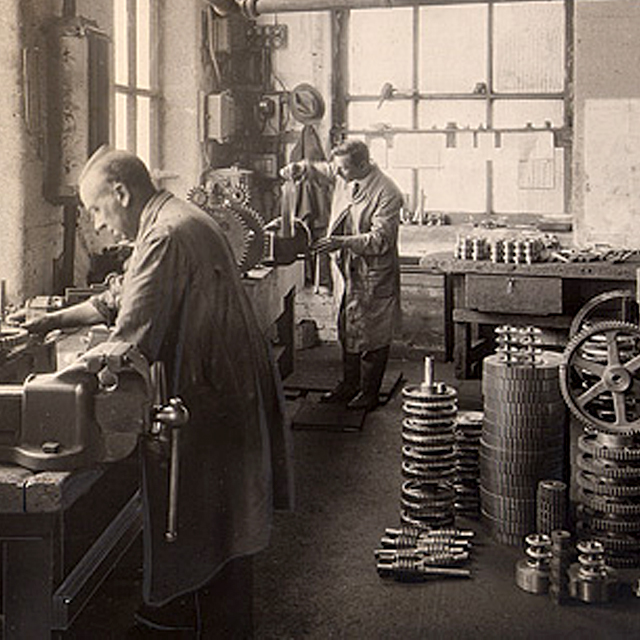 Although a company existed prior to 27th May 1927, which was controlled by the Highfield Directors and was involved in gear making mainly for early car designs, it was not until this date that the company was registered as the Highfield Gears Cutting Company Limited. The name was derived from a district of Huddersfield called Highfields, in premises which used gear cutting machinery.

Highfield Gears Cutting Company Limited was started by 2 people, one an Engineer the other an Accountant. The Engineer who was the M.D and Chairman of the Company was formerly the M.D of Karrier Motors. The Company stayed in the control of these families until 1997.

The growth of the company started with it being housed in part of the old works of Karrier Motors at Nile Street Huddersfield, todays premises.

Until the retirement of the original Chairman in 1958 the Company had grow to approximately 100 employees, by this time the Company had established itself as a supplier of series manufactured worm gearboxes.

We have been involved in Stage equipment, comprising of gearing and associated equipment for Stage Manipulation, Lighting and Scenery Hoists, These have been supplied to the UK, Europe, Australia , China, The Middle East and South America.

The Company are founder members of the British Gear Association on who’s technical committee we were always prominent.

Fast Forward nearly 100 years from our beginnings, and Highfield Gears And Machining Ltd, still based at our 16,500 square foot premises at Nile Street, continues to go from strength to strength in all areas. From the manufacturing of stock worm gears, helical gears, couplings and geared motors, we also work to the highest precision when it comes to manufacturing your own exact drawings and designs.

Highfield Gears And Machining Ltd is one of the UK’s leading industrial gearbox repair and refurbishments companies. We can handle industrial gearboxes up to 18 tonnes in-house, with this set to increase in the coming years.

We are flexible and responsive when it comes to serving your gears, gearbox, pumps and fabrication requirements. Being based right in the heart of the UK, with excellent transportation links, we are able to act fast in times of urgency with our 24/7 call out service, to ensure your operations continue to run smoothly.

BREAKDOWN OF OUR CURRENT OPERATIONS

Please get in touch if you require any of the aforementioned products or services.

We understand that our customers operate 24/7 and therefore need a mechanical engineering repair service that works 24/7 for them too. With our team ready to respond to an urgent breakdown anytime of the day or night with service engineers on call and the facilities in house to manufacture every single part of a gearbox from the case to the gears thanks to our extensive range of machinery, if you pick up the phone and have a requirement, you know the answer is always YES at Highfield. Please call the main line 01484 531010 when out of hours and it will divert to our on call team who can help.
01484 531 010 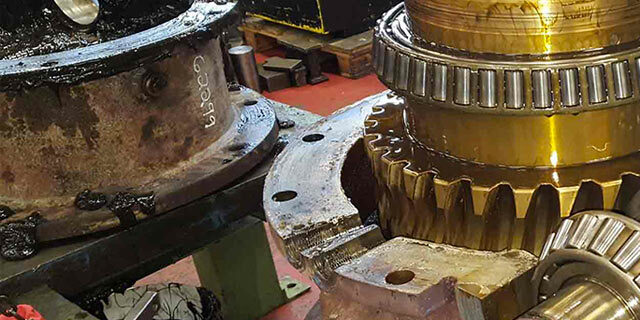 IESA / British Steel: Gear Case And Gearbox Repair And Refurbishment
Monday 17th August 2020
OUR HERITAGEAlthough a company existed prior to 27th May 1927, which was controlled by the Highfield Directors and was involved in gear making mainly for early car designs, it was
Read More 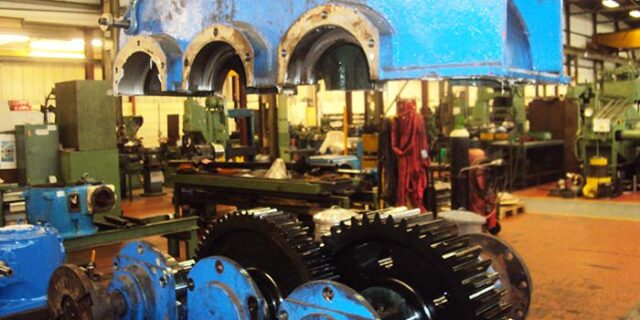 Tata Steel Long Travel Gearbox Repair + Gear Manufacturing
Friday 14th August 2020
OUR HERITAGEAlthough a company existed prior to 27th May 1927, which was controlled by the Highfield Directors and was involved in gear making mainly for early car designs, it was
Read More

Global Industrial Gearbox Market Set To Grow
Thursday 10th August 2017
OUR HERITAGEAlthough a company existed prior to 27th May 1927, which was controlled by the Highfield Directors and was involved in gear making mainly for early car designs, it was
Read More

We use cookies to ensure that we give you the best experience on our website. If you continue to use this site we will assume that you are happy with it.OkPrivacy policy